Uncertainties arise when imagers attempt to decide between multiple geological scenarios. With In-Depth’s Interactive Imaging workflow, we can help you eliminate some of the guesswork from the equation. Our Interactive Imaging allows you to draw several scenario models and quickly turn them into depth images. This is where In-Depth really outshines the competition.

Here’s a real data example with a subsalt event in the left panel that suspiciously bends upward in the highlighted area. Due to the lack of angle coverage under the massive salt bodies, this area is most likely poorly imaged. To verify this suspicion, you can create a few possible scenarios and run In-Depth’s Interactive Imaging workflow. The right panel displays a properly imaged area produced by Interactive Imaging using the scenario models. 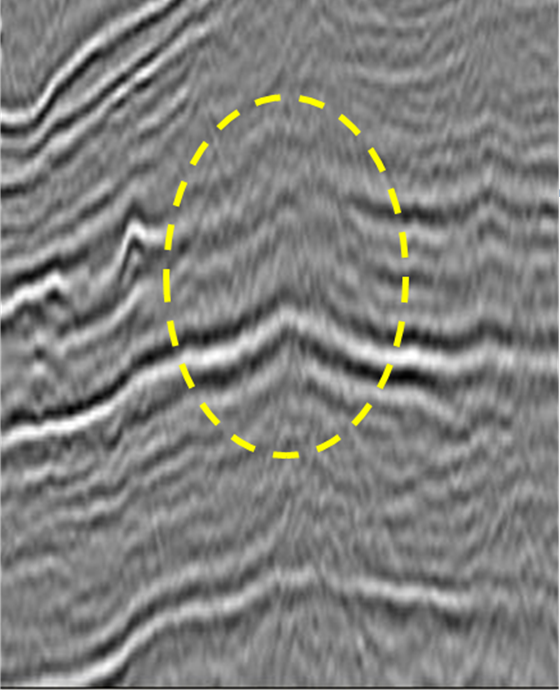 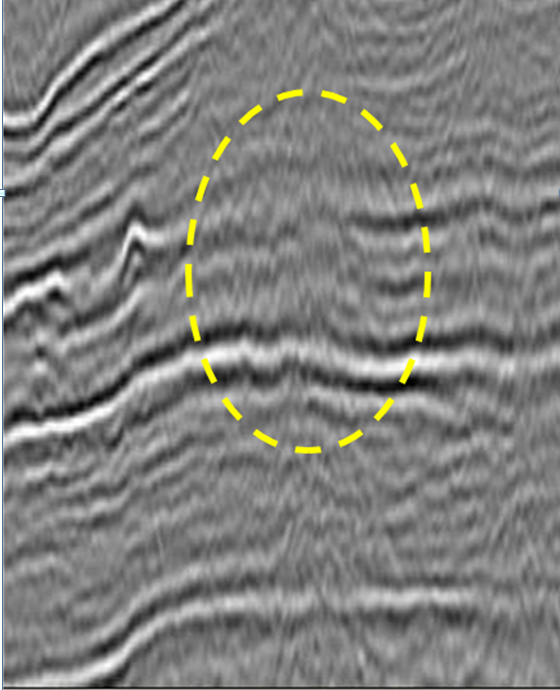 To further verify this, you can also QC the corresponding pre-stack depth migration gathers, as shown here. Clearly, the scenario on the right is more likely to be true than the one on the left.